In 1973, British workers were haunted by the spectre of the three-day week, a measure introduced by the Conservative government to conserve electricity.

Now, reaction to fewer working hours is much the opposite, with a four-day week desired by 51% of UK workers according to a study by Zapier. Various mental health issues, such as stress, burnout and depression are caused by overworking: a government report found that one quarter of all working days lost in 2018 were a direct result of overwork.

Now the new ‘4-day week initiative’ is calling for a change.

WHY TRANSITION TO A FOUR-DAY WEEK?

The World Health Organisation recently recognised burnout as an occupational phenomenon. Similarly, The Health and Safety Executive found that workload was the cause of 44% of workers’ stress, depression or anxiety.

The solutions, according to the 4-day week initiative, are: a four-day week, increase in hourly pay and a stronger welfare state. Employee pay is guaranteed to stay the same despite the cut-back on hours, so workers are motivated to achieve their targets and deadlines within four days.

Tammy Barker, Branch Manager at Perpetual Guardian, said that her company’s transition to a four-day week allowed her to focus more on her tasks.

As she had the extra day off, she could justify her increased work rate as her day off compensated for it.

Finding a good work-life balance is hard when you’re working long hours. Full-time working parents have the near impossible task of working eight-hour days while trying to care for children and other family members. Jon Freeman, a salesman for Pursuit Marketing, said that the extra day off has improved his family life. Having the Friday off means he is able to spend time looking after his two young sons, and his wife can take up more hours at her work.

Andrew Barnes, founder of Perpetual Guardian, also believes that a four-day week can ‘level the playing field’ between men and women. Having the extra day off means that men are more available to help out with domestic duties, while new mothers are able to get back to more easily as they don’t have to commit to spending five days away from their new-born.

WHAT ARE THE BENEFITS OF A FOUR-DAY WEEK? 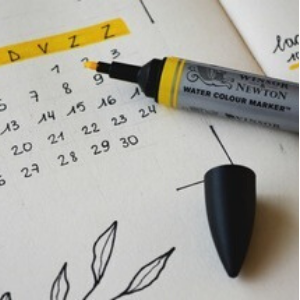 New Zealand-based estate management company, Perpetual Guardian, is perfect in showing how a four-day week can benefit both workers and the company. Across eight weeks the trial placed 240 members of staff on a 4-day rota, where they worked 30 hours but were paid the same amount. The trial was very successful, seeing a 20% rise in productivity, reduced staff stress and a higher employee engagement.

The founding member of the campaign, Aiden Harper, hoped that it would have a domino effect and encourage companies worldwide to adopt a similar strategy. He believes that the initiative would ‘benefit workers, companies and the economy’.

Employees taking part in the trial were encouraged to use more initiative when it came it to managing their workload. Meeting times were cut back and ‘warning flags’ were used to minimise distractions from co-workers. This study in particular highlights that decreased time doesn’t necessarily mean decreased productivity.

Productivity at Pursuit Marketing, a Scottish company, rose by 30% following the pilot. Sick leave was at all all-time low and cost savings were made as employee retention was high. In the first four weeks of the transition, sales soared by 37%.

There were less “water cooler chats” and staff were clear in their goals noted Lorraine Gray, the director of the company. As an alternative, the company offered pre-shift breakfasts so that employees could chat with their colleagues outside of working hours. Similar to Perpetual Guardian, the company saw: increased productivity, decreased employee stress and increases sales.

WHY ARE SOME COMPANIES HESITANT TO EMPLOY IT?

The Wellcome Trust were set to begin a four-day week trial recently but decided against it as it was ‘too operationally complex to implement”. Prior to the trial employees were asked to find ways to condense their work into four days but as so many different ideas emerged the company couldn’t see the transition being smooth enough.

Adrian Moorhouse suggested that shortening the working week would actually be unproductive. Despite the proven successes of a shorter week, there is the risk that employees would work longer hours to get the work done in four days. A more practicable solution might be to give workers strategies to cope with work-related stress and develop a supportive working environment.

Likewise, The Confederation of British Industry oppose a four-day week because they believe ‘rigid approaches seem like a step in the wrong direction’ following the recent emphasis placed on flexible working.

WHICH COMPANIES HAVE MADE THE TRANSITION?

Smaller companies seem to be the ones transitioning most. Synergy Vision, the Intrepid Camera company, Lara Intimates and Elektra Lighting were among those that decided to change their working hours.

Other companies that believe their work is high-pressure, such as Simply Business, have also adopted the strategy. In September, Simply Business will launch their trial of the four-day week as they found that calls became less efficient when employees were tired.

Indy Cube in Wales also operate on a four-day week. This allows employees to “relax, volunteer, be there for the school pick-up or work on other creative projects”. The company are keen to promote the initiative, stating that “wellbeing is at the forefront of what [they] do, and [they’re] not afraid to shout about it”.

Larger companies may find the transition more difficult. With such a large workforce with different needs and goals, it would be difficult to measure what hours each job would require.

Rachel Kay, a researcher on the 4-day week project for the Labour Party, said that working fewer hours with no pay reduction could be successful in task-focused sectors where people weren’t needed all the time, but it might not be  in industries like retail were presenteeism is necessary.

One of the scheme’s main goals is to tackle workplace mental health problems. Productivity does not simply rely on the number of hours sat behind a desk, but the wellbeing and overall health of the worker.

Could the four-day week be the way to resolve the rise in workplace stress and depression?

To discover more ways to adapt the workday and reduce workplace stress, get your free ticket to Workplace Wellbeing Show 2020. Taking place on 8 - 10 September at ExCeL London, this show offers seminars and presentations on key wellbeing trends and strategies, and hosts suppliers of leading wellbeing solutions to help you improve workplace wellbeing.